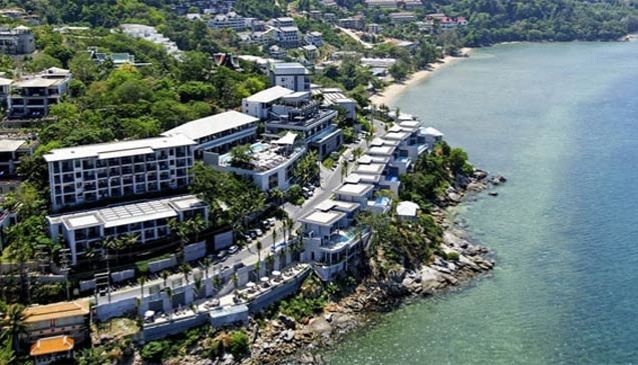 A chic and sleek hotel, Cape Sienna Phuket offers a sophisticated style of architecture and design at its west coast headland along Millionaire's Mile in Kamala. Also known as a romantic resort, the hotel won top honours in 2010 as one of the most romantic hotels in Asia and fourth in the world by Tripadvisor travelers' choice awards. It also placed in the top ten in the category of Relaxation/Spa.