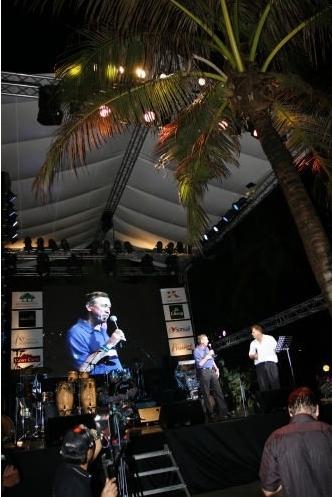 On the water Boating events

Founded in 1987 in what was a tribute to His Majesty King Bhumibol Adulyadej, the king of Thailand, himself a winner in the South East Asian Games, the Phuket King's Cup Regatta is now Asia's oldest, most well-known and largest regatta.

Held in December each year around the King's birthday of December 5, this week-long regatta has grown from a small number of beach cats to a large international racing fleet with vessels coming from all over Asia and Australia.

Initially a 'small boat regatta' consisting of keelboats, catamarans, Lasers and even windsurfers, the Regatta has graduated to a big boat event with keelboats and ocean-going catamarans participating. Optimist dinghies and kite surfing have been introduced as pre-regatta events in the past several years.

Currently the Regatta has over 100 entries annually with several thousand people participating, spectating and volunteering enjoy the week of racing and the parties at night!