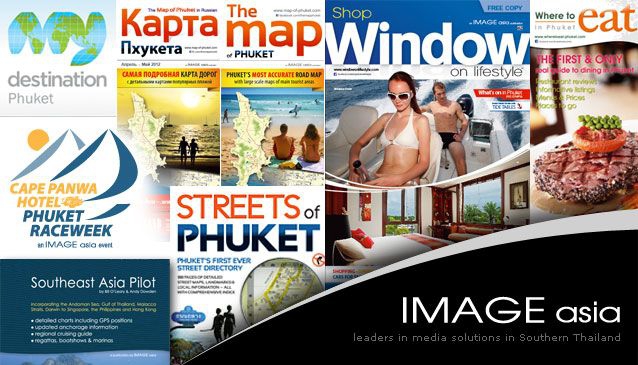 Formed in 1999, IMAGE asia publishes information targeted at specialised niches in both print and on the web for visitors to and people living in Phuket. Markets covered include property developments, housing resales, maps, dining, spas, boating & yachting and lifestyle which are featured in the following publications: Shop WINDOW on Lifestyle, Where to Eat, Map of Phuket (in English and Russian), Streets of Phuket and Southeast Asia Pilot as well as Exclusive Homes, Distinctive Spas/Spas and Health and Spas, which are web based only. IMAGE asia also holds the franchise rights to MyDestination.com/Phuket, a MyDestination.com company.

IMAGE asia is also the founder and was the organiser until July 2013 of Cape Panwa Hotel Phuket Raceweek, a four-day international sailing regatta that is held in July.