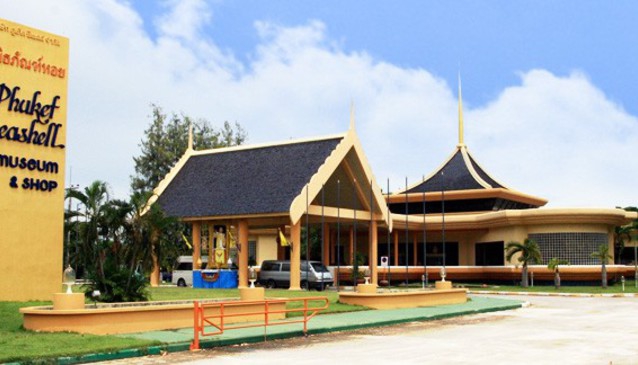 With more than 2,000 species of shells including the only left-handed Noble Volute ever discovered, the world's largest golden pearl at 140 karats, a shell that weighs 250 kilograms and giant clams and fossils dating back 380 million years and hold the world's earliest life forms, a treasured and extraordinary collection is to be seen in Phuket. The displays are well labeled and reveal detailed information.

The Phuket Sea Shell Museum was established by the Patamakanthin brothers more than 40 years ago and contains some of the most valuable seashells from all over the world. Considered to be one of the world's most outstanding private museums, the museum houses many shells that are from Phuket as well as from waterways around the world.

The museum has a shop where visitors may purchase items made from shells. such items include pearl jewellry including earrings, necklaces, hanging shades and lamps, cups, small plates and table items.