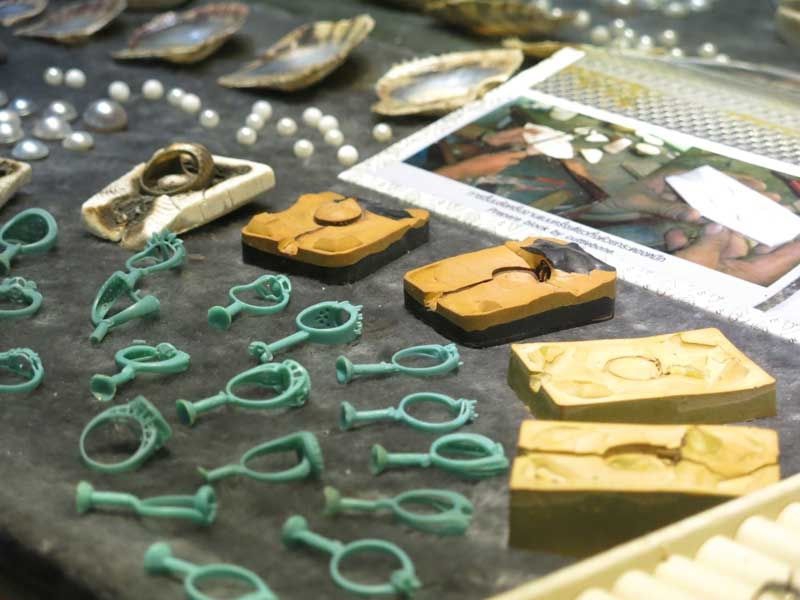 We have known pearls for thousands of years ago and used them as a valuable ornaments. In the past, the story of pearls was very mysterious and some believed that pearls came from a mermaid's teardrops. Some even believed that they came from God in heaven.

In recent times, mankind has observed that colours of pearls are like colours of shells. They then assumed that pearls were produced by oysters that released a liquid to surround a foreign object inside them. This process continues until the skin of that foreign object becomes smooth and clear just like a seashell.

Mankind has tried to study the birth of pearls from oysters and use this natural process to culture and farm the pearl oyster which has created today's pearl industry.

In 2011 the company won the Design Excellent Award - The GIT Gem & Jewelry Design Award 2012, organized by the Gem and Jewelry Institute of Thailand Inspired by Architectural Concept'. The event reviewed works of over 500 designs from many designers in Asia. The designs were classified into men's jewelry with over 100 pieces and almost 400 pieces designed for women. The awards for these beautiful jewelry pieces from great designers were presented by the actress, Araya A. Hargate.

In 2011 The Managing Director of Phuket Pearl Industry Co., Ltd, Mr. Jitti Intracharoen, won the National Excellent Industry Award of SME's. This award was presented to him by the Prime Minister, Yingluck Shinawatra, at Government House. This award takes pride of place in the company and showed that Phuket Province Businesses lead the field.