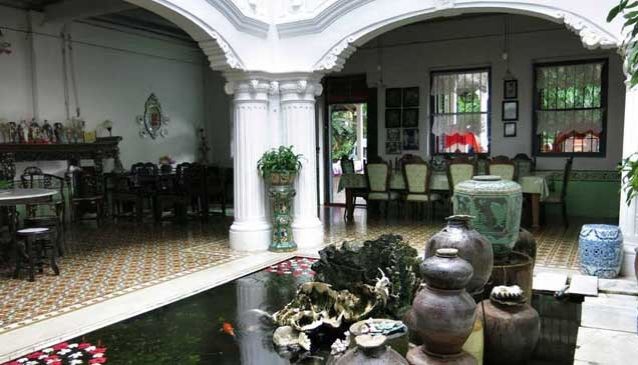 Baan Chinpracha or Chinpracha House is a Sino-Portuguese mansion that was built in 1903 during the late reign of King Rama 5. Built during the tin mining industry (see also Kathu Mining Museum) that provided Phuket an economic boom, the mansion is considered to be a landmark on the island and a cultural and historical centre and acts as a museum. It is located in Old Phuket Town.

The style of architecture is called 'Angmor Lounge' with 'Angmor' meaning Westerner or European.

The most attractive section inside is the inner courtyard which was originally a well, and is open to the sky. This central area was the heart of Sino-Colonial style houses. Air flowed through this area even in the hottest months.

The large kitchen features old-style stoves, clay cooking pots, brass pans and kettles as well as kerosene lamps and there are quite a few food carriers (or 'pinto' in Thai) displayed above the wooden cabinet.

The current owners are sixth-generation Thai descendants of the original builder, Prapitak Chinpracha, who built the house when he was just 20 years old.

The ground floor is open to the public while the second floor is private for the owners who are six generation descendants of the original owner.

The mansion has been used as a setting in Thai and Western films such as 'Heaven and Earth' and the TV series 'The Young Indiana Jones Chronicles'.