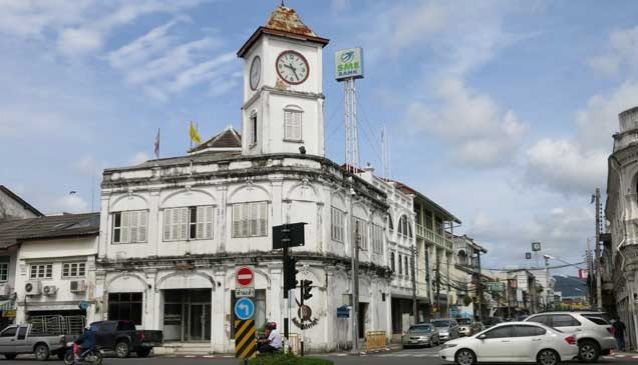 Although tourism has become the mainstay of Phuket's economy in recent years with its many attractions and activities catering to visitors to Phuket, there is a special place that retains and has enhanced upon the culture and traditions that pervaded more than 100 years ago.

Once a small tin mining town from the 19th century, what is now old Phuket Town is a refreshing journey through the local history with tones of modernity. Sino-Portuguese architecture, a mix of Chinese and Western influences, with narrow-fronted, long buildings, columns, arches, windows and doors, is to be found on Talang, Yaowarat and Dibuk Roads. Today shops, restaurants, backpacker hostels, art galleries, Chinese herbalist shops and Baan Chinpracha, a Sino-Portuguese mansion that built in 1903 and now a private museum that contains black-and-white photos of the town's tin mining days grace the area. Often bright colours of yellow as well as pinks and oranges grace the outside walls, particularly on Soi Rommanee. Also, the old police station with its clock tower and the old Chartered Bank building, the first foreign bank to open in Phuket are at the corner of Phang Nga and Phuket Roads.

Old Phuket Town is a journey back in time to Phuket's heritage of tin mining away from the fast-paced lifestyles and tourism of today.

The Kathu Mining Museum show cases the heritage of the tin mining industry.