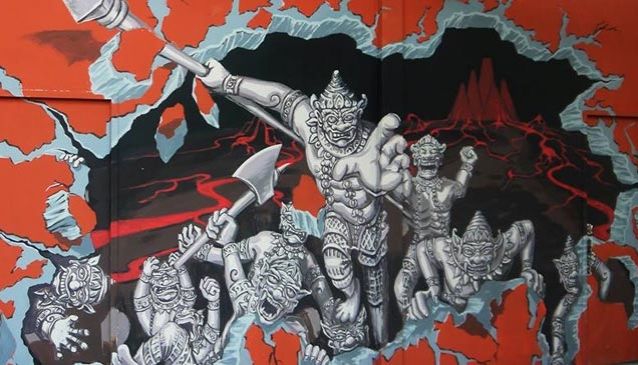 Directions to Chamber of Secrets

Can you escape from a chamber? Chamber of Secrets is a live escape game that allows you, the participant, to play a game of culture thus becoming part of the story. In Patong, the chamber is a mixture of Thai history and myth. You may spot a four-faced Buddha, Emperor Naresuan and various weapons and artifacts. It is the first one and the only room escape game with mechanism automation in Asia.

Here's how it works1 Step 1: You will be locked into a room and you don't know what to do. Step 2: You find some clues and puzzles and start to know what to do. Step 3: You triggered something and things around you changes for example your room starts to move. or laser arrays suddenly appear in front of you. Step 4 You need to find the key to escape the room in 60 minutes.

There are three Chamber of Secret themes available in the Patong location. Mermaid of Songkhla takes place in Songkhla 470 km south of Phuket during the Sukhothai Dynasty in the 13th century. The idea is to prevent the head of the pirates from blocking the coast of Thailand, but in order to do that, you must communicate and align with the Mermaid. The thing is, she hasn't been seen in 30 years!

The second theme focuses on King Naresuan who ived from 1555 to 1605 and was known for his campaigns to free Thailand from Burmese rule. His death is a mystery and his remains are said to be in a secret tomb along with a model of the thai Baht, an achievement with which he is thought to be accredited. But, no one knows the details.

The thrd theme sees Ganesha, the deity of elephant head, with a perfect left ivory and a broken right one. Find the other half of the ivory after passing through seven layers of well-guarded temple and you'll be forever protected.