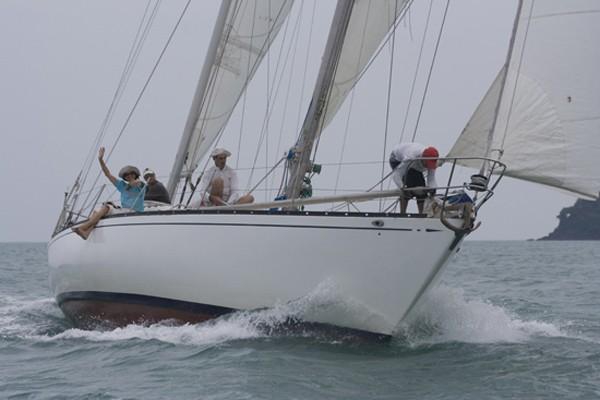 The Phuket Yacht Club in Chalong in the south of Phuket is ideally situated as a sailing centre for cruising vessels. Established in the early 1990s as a cruising club, the club's focus in the sport of sailing has turned more to local races in the scenic Ao Chalong Bay and combined sailing/motor boat rallies for all the family.

Club races are on Sundays, twice a month, with both monohulls and catamarans competing. The Bay Regatta - Phuket, Phang Nga, Krabi a four-day regatta held in February, the Phuket Multihull Championship, a three-day event that sees catamarans and trimarans participating, and Cape Panwa Hotel Phuket Raceweek, an international regatta in July every year, are held under the auspices of the club.

The Phuket Yacht Club Sailing School offers several levels of instruction for kids in dinghies given the child's age starting from an Under 7 Play Sail Group to courses for teenagers up to 16.

The impressive newly-developed club bar, right on the beach, is fast becoming a popular evening hang-out for both members and non-members to engage in friendly chit-chat on every topic under the sun - including yachting, of course.

Other clubhouse facilities include a dinghy ramp and restaurant.

The club has plenty of parking.