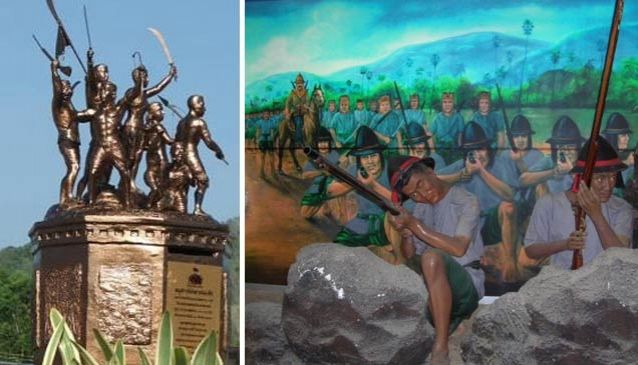 The Thalang National Museum was established in 1985 with the cooperation of the Fine Arts Department, on the 200th anniversary of the Thalang War to honour the two sisters who defended Phuket against the invading Burmese. The Museum was inaugurated on March 14, 1989 by Her Royal Highness Princess Sirinthorn.

The museum includes exhibits that detail the famous Battle of Thalang that involved the two heroines (the Heroines' Monument, in honour of the two famous sisters, sits at the traffic circle at the intersection of Pak Khlok, Thepkassatri and Srisoonthorn Roads) and also is a repository of the history, archaeology and culture of Phuket and the surrounding area including exhibits about tin mining history, daily life of the people, the island's Chinese heritage and on the Sea Gypsies.

The building itself is award-winning and was designed with the influence of southern Thai architecture similar to that of old wooden houses.