What are you looking for?

Tell us what you're looking for...
Want to Run Your Own
My Guide Website?
Find Out More

3. Restoring and maintaining the rich heritage of Phuket from tin mining days over 100 years ago.

Fifteen years ago, the historic Old Phuket Town district in Phuket Town was a charming but slightly faded place in danger of being lost to modern development. However, Phuket residents and tourism figures saw the potential in preserving Phuket’s fascinating past and a restoration effort of the Old Town was launched. In the years since, the five main Old Town streets, Dibuk, Thalang, Phang Nga, Rassada and Krabi roads, plus Soi Romanee and other small lanes have been given a facelift. Much to every photographer’s delight, unsightly power lines along Dibuk and Thalang roads have now been buried, allowing the beauty of the centuries-old Sino-Portuguese buildings to shine through. 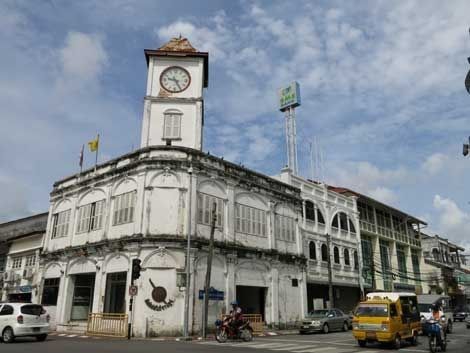